Mandatory bar membership for lawyers is under review in some states following a recent U.S. Supreme Court decision on union dues.

In June 2018, the Supreme Court reached its decision in Janus: mandatory union fees are invalid without the consent of public sector employees. 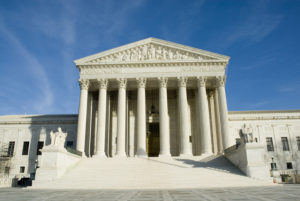 1. Employees must manifest their consent because silence is not enough.
2. Forcing government employees to support political speech was unconstitutional because it was a violation of their First Amendment right to freedom of association.

After issuing this opinion, the Supreme Court justices ordered a lower court in North Dakota to reconsider its decision against an attorney who challenged mandatory bar membership because the state bar association allegedly subsidized political speech.

Just as the Janus ruling determined government employees’ right to freedom of association was violated, the North Dakota court may overrule it decision against the petitioner Arnold Fleck who made a similar argument. Mr. Fleck argued he did not support the political speech of the state bar association in North Dakota.

Attorneys may be able to use this logic to challenge regulations on lawyers in their states if they are forced to join state bar associations that use member dues to support political speech without their consent and in violation of their freedom of association.

Attorneys and state bar associations will want to keep up with the North Dakota court’s decision in the Fleck case. In another case that was filed last week in Oregon relating to mandatory bar membership, attorney Daniel Crowe has filed his case on similar grounds because the state bar association has expressed political opinions which Mr. Crowe argues he should not be forced to financially support.

While it is just a possibility that North Dakota may reverse the Fleck decision, the Supreme Court ruling could affect at least 32 other states if mandatory bar membership is ruled unconstitutional. Some of the top bar associations include California, New York, Florida and Texas.

If your law firm is asking how you can get more business, give us a call. We have helped more than 150 law firms in 36 states pursue new business opportunities. We make it our business to identify who you need to contact at corporations, insurance companies, and municipalities to be considered as outside counsel.

2. You get a structured business development process. We guide your law firm through a proven three-step campaign that brings discipline, focus, and productivity to your marketing efforts.

3. Increase revenue with professional, Bar-compliant legal marketing campaigns. We do the research to identify prospects, so you can focus your time on the business development process. We have in-depth knowledge of attorney advertising guidelines, and strive to prepare bar-compliant marketing materials.

This article is provided for educational purposes only. It is not to be interpreted as legal advice or an opinion in regard to any topic discussed. The article should not be used as a substitute for legal advice from a licensed attorney in your state. Every situation is different and circumstances vary widely depending on the governing state law, policy provisions, and related considerations.

We’ve helped more than 220 law firms in 40 states with marketing and business development campaigns across all practice areas. Let us do the same for your firm. Use the nearby form to schedule a free marketing consultation.

Contact Margaret Grisdela by email or phone toll-free at 561-266-1030 to discuss your law firm marketing needs. We will discuss your business development goals, review your current marketing activities, and talk about how Legal Expert Connections, Inc. might be of service to you.